Big Brother’s got its Little Brother, and I’m a Celebrity and X Factor both have their ITV2 watchdogs.

But for the most insightful lowdown on The Apprentice, viewers are turning increasingly to the Jewish Chronicle where one of the most memorable contenders ever is fronting a weekly video diary. 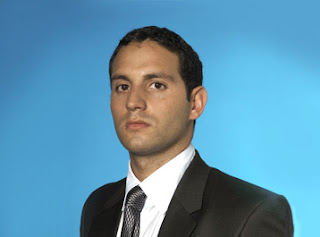 It’s a fitting venue for Michael Sophocles, who Lord Sugar memorably suggested “take his trousers down” to prove he was Jewish after he failed a task because he didn’t know how to kosher a chicken.

Sophocles, who told spilled the beans on his fling with X Factor Katie Waissel to the News of the World recently, goes to the JC offices off Fleet Street each week, pointedly avoids the Boardroom and gives viewers his advice from the place furthest from the seat of power – the basement.

Worth watching for the intro alone.