The IT Crowd loses one of its own

Sad to say Roger Hussey, the Jewish Chronicle's IT manager, died last week at his home in Essex. He was 57 years old - 55 when doctors told him he had cancer and 56 when they told him there was nothing more they could do. I was his boss. I had to step out of a reader event in Manchester, wine glass in hand, when he rang to tell me the news.

He spoke as if explaining how to defrag a PC, going into some detail about the diagnosis and the likely surgical scenarios. He was a mathematician, and despite what must have been a hammer blow of a shock, acutely alive to the logic of it all and chillingly analytical. 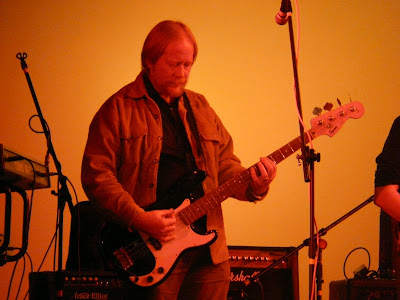 I went back to the reception, more shaken than the hands of the guests I'd been greeting. A couple of days later, he was back in his den. I'd call it an office but, well, you’ve all seen the IT Crowd.

Surrounded by cardboard boxes of cables, half-built PCs, CDS and old fashioned lever arch files, there was a man who knew the fuse rating of every plug in the building, the longevity and serial number of every server and the state of every data point.

With his somewhat shambling gait, lank blond hair and often reflective demeanour, he personified the quirky blend of mathematician and nutty professor that define the most imaginative IT brains; the sort that never take risks, value data as currency but have enough Robot Wars about them to keep you going when all you have is a looming deadline, a U2 battery and a coathanger.

He was an old school liquid luncher, more than once an after-work bon viveur who could catch the last train out of Fenchurch Street for the coast and be back at his desk by 9.30 without a flinch. No doubt hacks on the Basildon Echo will recognise that.

Once, when staff arrived at the office to find it barricaded by the National Grid because of a gas leak in the road, he appeared at my side as I looked down on the throng from the window. How did he get in? Best you don’t know, he said.

Here was an unflappable cryptic crossword of a man; loyal, brutally honest, fun-loving in an almost childlike way, yet stubborn to the point of arrogance when defending what needed defending. Never afraid to tell senior management they were (with respect, squire) not totally correct sometimes, he would follow a brief to the letter once a decision had been made.

He was strictly server-side. Engaging with a luddite public was never part of his job description (and yes, he did show me) nor was “wiping the a** of those who shouldn't be allowed anywhere near a keyboard”. When one did get the past the human firewalls he'd lined up, he was charming and informative. Not so, when demanding to know why it had happened.

No better example of his complexity came when he did what Special Branch and the police cyber-crime unit (PC PCs to him) failed to do – locate the identity of someone who had attempted to hack the JC website. Asked to come down to the editorial conference to tell us how he did it, his explanation was indecypheraby Cantona. Two and a half years on I'm none the wiser.

After his diagnosis, he worked for months as if nothing had happened, dutifully booking time off for “medical reasons” and passing off major surgery as someone in “a surgical mask turning him off and turning him on again.”

He managed a performance or two with Rostock, a rock group in which he played bass and was still pushing for one last gig before it became physically impossible. A couple he did manage were for his children, both of whom brought their weddings forward so he could attend - and sing.

The mischievous humour he brought into the office – key passwords were often clever corruptions of 70s sitcom sketches – never left him. He would email with details of appointments with his “Uncle Ologist”, or talk about being injected with “paint thinners”.

His 56th birthday party included a pop quiz. I couldn't stay till the end but, having bored everyone with tales of my days as a teenage stringer for NME in the 70s, claimed to have been well ahead by the time I left, having casually boasted about how “I was there” when a song was recorded or a concert played.

He humoured me for months until the day he was whisked to hospital. I sent a text to ask why and he replied: “Pink Floyd song.”

I had to trawl Wikipedia to realise he was having breathing difficulties. I later asked how I was expected to know that, he told me: “I thought you'd have been there.”

He was a one-off. A lovely man, a consumate professional and the dearest of friends.

IT is worse off for having to evolve without him.